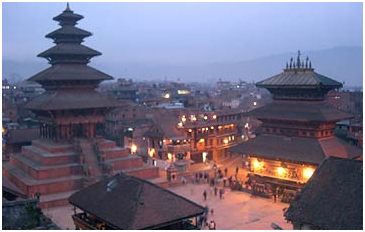 Bhaktapur Durbar Square is a conglomeration of pagoda and shikhara-style temples grouped around a fifty-five window palace of brick and wood. The square is one of the most charming architectural showpieces of the Valley as it highlights the ancient arts of Nepal. The golden effigies of kings perched on the top of stone monoliths, the guardian deities looking out from their sanctuaries, the wood carvings in every place-struts, lintels, uprights, tympanums, gateways and windows-all seem to form a well-orchestrated symphony. The main items of interest in the Durbar Square are

Dating as far back as 1696 A.D., this gate is guarded on either side by two huge statues of lions. Alongside, there are two stone images of Bhairav (the dreadful aspect of Shiva) and Ugrachandi (the consort of Shiva in her fearful manifestation). 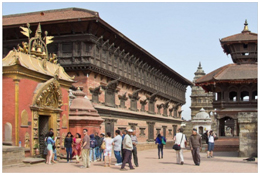 is said to be the most beautiful and richly moulded specimen of its kind in the entire world. The door is surmounted by a figure of the goddess Kali and Garuda (the mythical man-bird) and attended by two heavenly nymphs. It is also embellished with mythical creatures of marvellous intricacy. In the words of Percy Brown, an eminent English art critic and historian, the Golden Gate is the most lovely piece of art in the whole Kingdom it is placed like a jewel, flashing innumerable facets in the handsome setting of its surroundings. The gate was erected by King RanjitMalla and is the entrance of the main courtyard of the Palace of Fifty-five Windows. 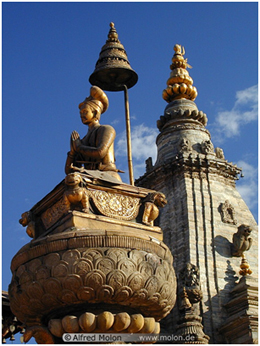 The Palace of Fifty-five Windows

This magnificent palace was built during the reign of King YakshyaMalla in A.D. 1427 and was subsequently remodelled by King BhupatindraMalla in the seventeenth century. Among the brick walls with their gracious setting and sculptural design, is a balcony with Fifty-five Windows, considered to be a unique masterpiece of woodcarving.

contains ancient paintings belonging to the Hindu and Buddhist traditions of various periods and descriptions. This gallery is open everyday except Tuesday.

The Statue of King Bhupatindra Malla

This statue showing King Bhupatindra Malla in the act of worship is set on a column facing the palace. Of the square’s many statues, this is considered to be the most magnificent. 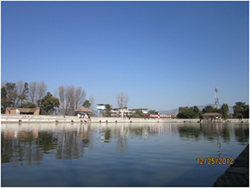 This is a big rectangular water pond located near the main city gate of Bhaktapur. It was built during the reign of King YakshyaMalla in the early fifteenth century and is associated with a number of myths. From this spot a wide range of snowy peaks is visible on clear days. 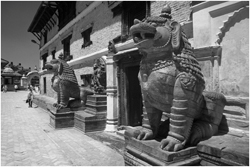 The stone temple of Batsala Devi has many intricate carvings. It is most famous for its bronze bell, known to local residents as ‘the bell of barking dogs’ as when it is rung, all dogs in the vicinity begin barking and howling ! The colossal bell was hung by King RanjitMalla in A. D. 1737 and was used to sound the daily curfew. It is nowadays rung every morning when goddess Taleju is worshipped.

Delhi is the capital city of India and a striking modern metropolis. It has a contrast of old and new, ancient and modern, making it a melting pot of cultures and religions. With its rich historic culture the city has attracted many tourists with its historic and modern monuments, landmarks, museums, shrines, temples, gardens and new-age trendy malls. Some of the popular tourist destinations in Delhi are India Gate, Lotus Temple, Jama Masjid, RashtrapatiBhavan, QutbMinar, PuranaQuila, Lodhi Gardens, Humayun’s tomb, Red Fort, JantarMantar, Akshardham Temple, etc. 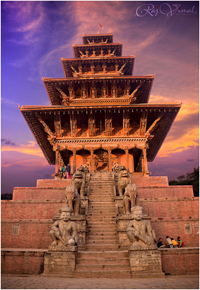 Jaipur and Udaipur, located in Rajasthan provide a great insight into the rich and artistic culture of the state. Jaipur – The Pink City is also the capital of Rajasthan. It is famous for its rich and royal historical architecture. One can visit famous tourist destinations like City Palace, HawaMahal, Amber, Jaigarh forts, etc. Udaipur which is also known as the Venice of the East, is a beautiful city with a number of sparkling lakes set against the backdrop of the Aravali hills. 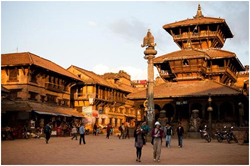 This is another pagoda style temple dedicated to Lord Bhairav, the dreadful aspect of Shiva. It stands a short distance away from the temple of Nyatapola and was originally constructed by King JagatJyotiMalla on a modest scale. It was later remodelled by King BhupatindraMalla, a zealous lover of the arts, into what is now a three-storey temple. 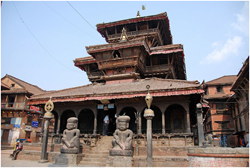 The temple of Dattatraya is as old as the Palace of Fifty-five Windows. Consecrated by King YakshyaMalla in 1427 A. D. , this temple, according to popular belief, was built out of the trunk of a single tree. It was subsequently repaired and renovated by King VishwaMalla in 1458 A. D. Just beside the temple is a monastery (Math) with exquisite carvings.