If you are looking to trail a tiger or track an elephant, India has the most exciting wildlife parks where you can do so. Its diverse landscape invites you to take a look into its rich wildlife that varies in every region, ensuring a different experience each time. So, put on your ranger’s hat and board this thrilling safari that will bring you a step closer to the country’s exotic wild. 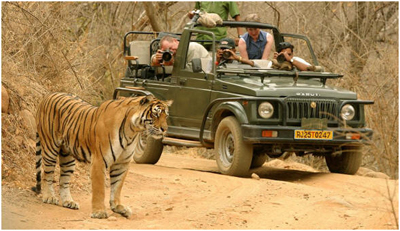 The Ranthambore National Park is one of the last sanctuaries where the Royal Bengal Tiger roams free. Spread over 392 sqkms and located just 130 kms away from Jaipur, the deciduous forests ofRanthambore make for great wildlife viewing and though besides the tiger, one can spot other game like sambar, chital and panthers, it is primarily the tiger that one comes here for. Early morning and late afternoon safaris will take you to possible spots where a tiger and some of its cubs may cross your path.

So come to Ranthambore and nine times out of ten you are bound to catch sight of the majestic tiger in all its natural glory. It’s a sight like no other – unique and exciting! 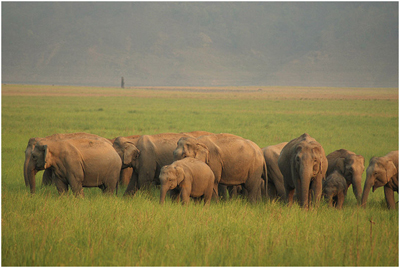 One of India’s prime destinations for spotting the wild at their natural best is the Corbett National Park enshrined in the foothills of Himalayas at Uttarakhand. Corbett is not just about the elusive tigers that steal the show (or end up being a no show at all!) as it shelters a vast diversity of rare flora and fauna making it the wildlife hub of India. For a close encounter with the striped beast, go for an elephant safari and don’t forget to keep your binoculars handy. Identify distinct deer species at the water fills or indulge in some quality bird watching. Corbett gives you endless possibilities of interacting with the wild, so come and connect with these magnificent creatures and discover that unique bond you share with nature. 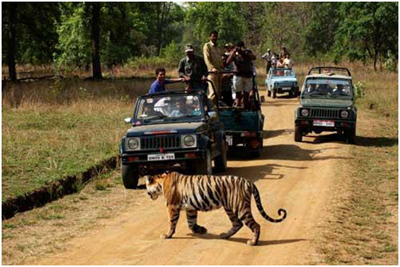 Sheltered in the Vindhyas of Madhya Pradesh, the Bandhavgarh National Park was the original home of the precious white tigers where they were first sighted in Rewa. The lush greens of this wild paradise are spread across 437 sq. Kms of land. So there’s a lot the wildlife enthusiasts can look forward to. Nilgai, Chinkara and Wild boars are amongst those easily sighted. Spotting a fox could be tricky. The park boasts of a healthy population of tigers which translates into extremely favourable chances of a sighting. Meet all of them and the others at the woods of Bandhavgarh.where pristine nature embraces the wild. 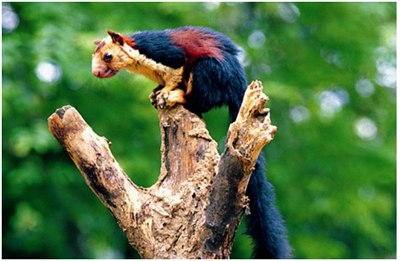 Perched high on the Western Ghats in God’s own country Kerala is the picturesque Periyar National Park and tiger reserve also called Thekkady. The park is widely known for the large herds of Indian elephants which thrive on the Periyar River nestled in the dense forests capping the Cardamom Hills. Once you’re here there are just too many things to do. Capture playful elephants in your camera or look for the rare lion tailed macaque and take the Periyar cruise for some gorgeous views of the park aboard a luxury boat. All you need is to leave your hassles behind and let Periyar work its magic on you. 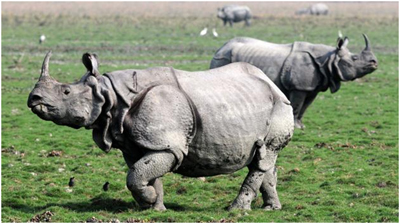 JSpot the rhino’s head on the map of India and you’ll know whereKaziranga is. Habitat of the one horned rhinoceros, paradise for wild elephants and water buffalos, a prominent tiger reserve and a world heritage site in the state of Assam, the Kaziranga National Park is a haven for the wild. Ride through its meadows and marshes for a tete-a-tete with the Hog deer, sloth bears, capped langoors and some of the largest pythons in the world. Or stick close to its rivers and you’ll probably see the Gangetic Dolphins in full swing. For more, come to Kaziranga and discover some exotic surprises on its wild vistas. 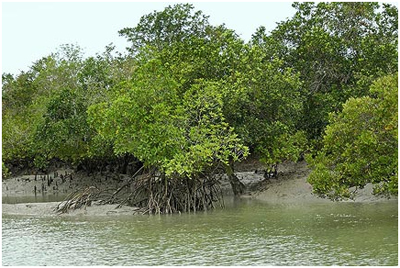 Enshrined in the swamped mangroves at the tip of Bengal is the kingdom of Royal Bengal tigers known as Sunderbans National Park. A UNESCO World Heritage Site, the Sunderbans are spread over a massive land mass of 4264 sqKms, disappearing towards the south into the sea. The swamps help you locate the striped beasts seen resting in the estuarine mangroves, escaping the scorching heat. And since you’re there, you may also get to see snakes, crocodiles and fishing cats, all looking forward to preying on tiny marine species. Sunderbans treasure numerous rarities of flora and fauna making it the finest destination for an unmatched wild adventure. So get here and be a part of this unique experience. 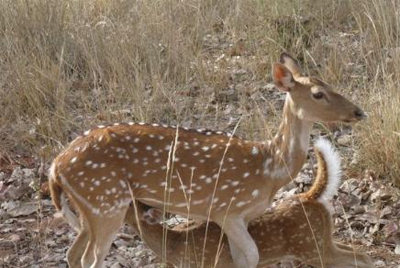 One of India’s best tiger reserves, the Kanha National Park is nestled in the valleys of Banjar and Halon in Madhya Pradesh. Wildlife lovers from all corners of the world flock to Kanha to catch a glimpse of its tigers, spotted deers and wolves. The spectacular sunset at BamniDadar tops every itinerary along with a photographic moment with barasinghas or the swamp deer that are naturally endowed to give great poses.

If you need one excuse to visit Kanha it’s definitely got to be the tiger walking through its sprawling forests in all its resplendent glory. 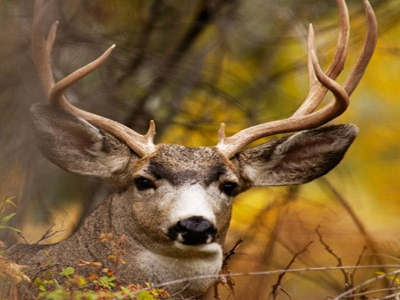 The Mudumalai National Park is a passage to its neighbouring wildlife reserves situated at the crossroads of Tamil Nadu, Kerala and Karnataka in the northwest of the Nilgiris. It harbours a large variety of fauna and an interesting mix of flora with tropical green forests in one corner and dry deciduous in the other. What to expect of your safari atMudumalai? Well, there’s the regular fare of Sambhar, Chiltals, wild boars, primates and elephants. But keep your eyes wide open, not just for the exclusive tiger, but also for the fierce dholes, known to keep the most vicious predators at bay. 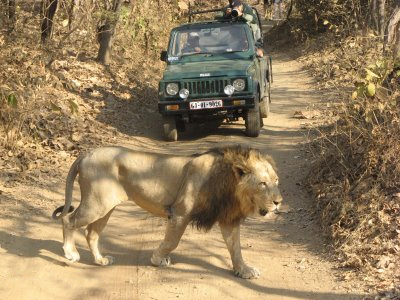 The last preserve of the Asiatic Lion, Gir Wildlife Sanctuary sits at the brink of peninsular Gujarat in the southwestern belt of dry deciduous forests. One of India’s prime wildlife attractions, Gir is a flourishing hub for the big cats, which includes lions as well as leopards. In fact, Gir has the largest number of leopards in the country. The sanctuary’s waters are known to be infested with numerous muggers or marsh crocodiles catering to the reptilian interests of spectators. However, it’s the majestic prides scattered sparsely throughout the sanctuary’s territory that leave visitors awe struck upon an encounter and place Gir in a special category of wildlife conservation centers.

Do you regret not being able to get up early enough to hear the beautiful and serene chirping of the birds at the break of dawn? Well, just head to Keoladeo in Rajasthan and witness the melodious symphonies of birds that fly here from all over the place. Formerly a duck hunting reserve of the Maharajas, it has now become one of the largest wintering areas for migratory birds. Watch out for the famous Siberian Crane, Warblers, and Babblers, Red Kite, Cinereous vulture and Sociable Lapwing among others. With lush green lands and lovely lakes, this place is truly a treat for your senses.