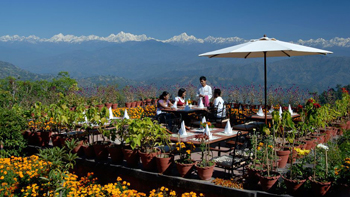 DHULIKHEL is justly famous as a well-preserved Newar town, mountain viewpoint, and hiking and biking hub, but its popularity is waning as road-building and modernization take their toll. Located 5km east of Banepa, just beyond the Kathmandu Valley rim, it sits in a saddle at the relatively low elevation of 1550m, which makes it warmer than Nagarkot. A number of resort hotels and guest houses are positioned along the highway to catch the best mountain views in the immediate vicinity, but the full vista can only be seen from a small summit above the town. Most visitors to Dhulikhel stay at least two nights, which allows time for a wander around the old town, a sunrise walk and a full-day circuit of the surrounding countryside and the cultural sites of Namobuddha and Panauti.

Unfortunately, the increasingly busy Arniko Highway passes just north of Dhulikhel and creates a less than idyllic barrier between most lodgings and the old town. On top of that, a major new highway to Sindhulimadi and the eastern Tarai is being built along the town’s western and southern flanks. Donated by Japan, it’s supposed to relieve pressure on the Prithvi (Pokhara) Highway by providing a second route into and out of the Kathmandu Valley, and its completion will turn Dhulikhel into one of Nepal’s principal transport junctions, with all the revving and tooting that that entails. Meanwhile, a flurry of secondary road-building in the area has taken a lot of the pleasure out of the standard Namobuddha-Panauti itinerary, although the destinations themselves remain as worthy as ever. Looking on the bright side, the new roads make possible more and still largely untested mountain-biking possibilities.

Dhulikhel is less well-served by tourist buses than is Nagarkot. Local buses (every half-hour from Kathmandu’s City Bus Park or from Bhaktapur’s trolley bus stop; Rs15) are exasperatingly slow. You can ask to be dropped off at any of the hotels along the highway, but for most of the cheap lodgings you’ll want to stay on until the small bus park. On a bike, it’s better to come one of the back ways – via Lubhu-Panauti, Bhaktapur-Nala or Nagarkot-Nala.